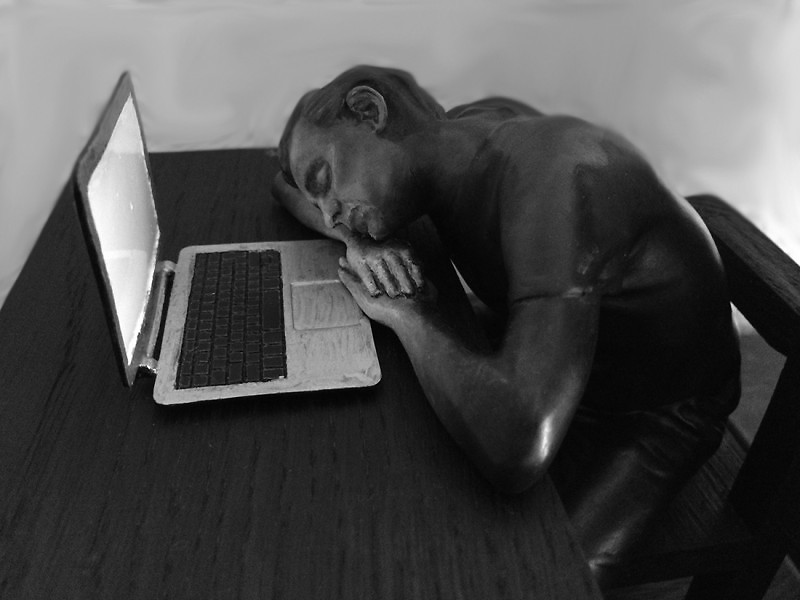 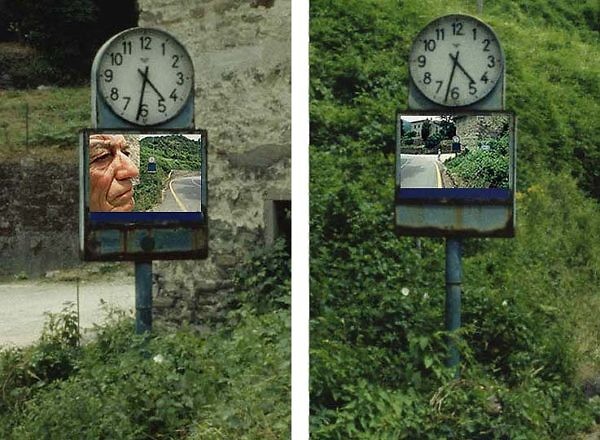 The two photographs will be attached removable on the blue – former advertising – spaces of the depicted street clock. This art object won’t be shown in its orignal environment like visible in these drafts. I am working on it as an alternative version of my art installation „Lo Specchio 1“ from 1993, in which none of the these two photos are fixed on the street clock but can be seen instead as large projections facing each other. In the installation this clock is standing between the projections. 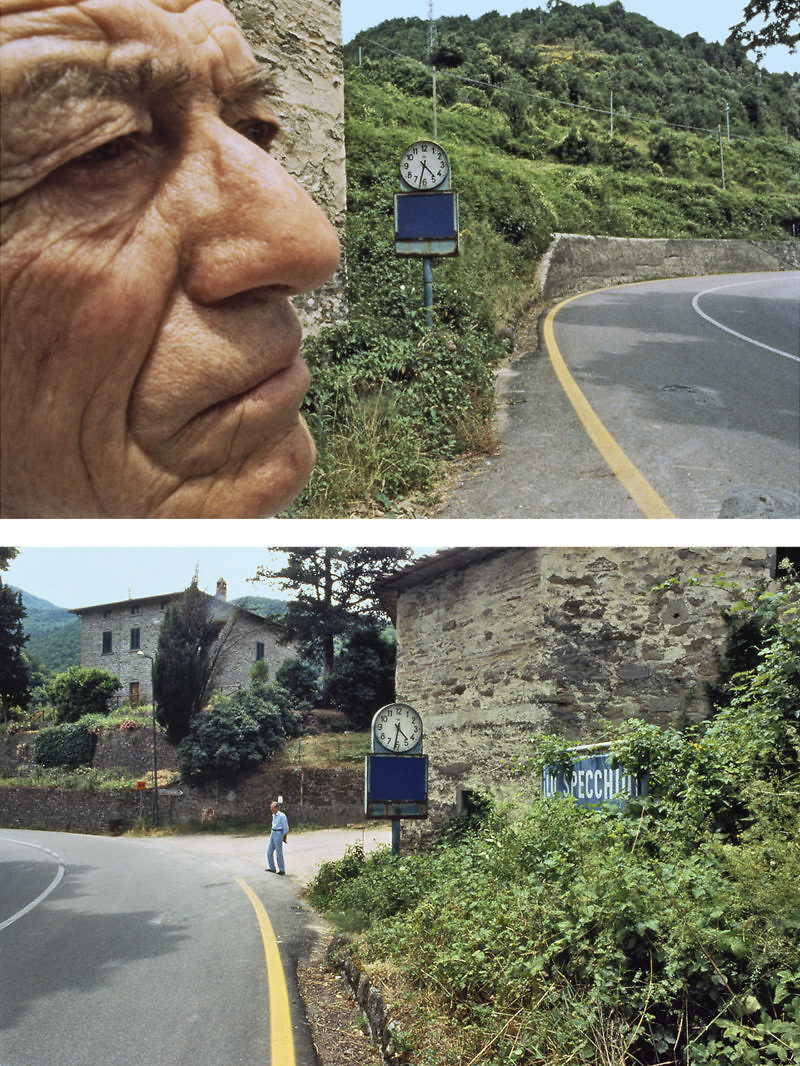 One of two video takes/loops in this installation has the same perspective as the photograph above; the other uses the same kind of fixed camera position but faces the opposite direction from the space under the bridge. They are projected facing each other and in such a way that the walls and ceiling under the bridge in the projection correspond with the walls of the exhibition room, which makes the viewers feel like themselves were under the bridge.

Together with a professional sound recordist I made stereo field recordings at 8 different places and, with the help of a sound designer, I merged them into two stereo soundtracks, both with reverb: Floating water and footsteps made in the water (in the not visible part between the cameras) can be heard once in a while from speakers that are placed on the floor at each projection wall. From two other speakers at the ceiling on the sides of the other two walls, the people “above on the bridge” can be perceived as passing-by due to stereo effect used for the following sounds: walking, bikes, a mother with a buggy humming a few tones repetitively to her baby and there are also far away screams of playing children.

The possibilities for documenting this video and sound installation are limited: It is necessary to be present in the particular situation within this installation in order to fully capture it and feel like oneself is under the bridge with the unknown person (in the blind spot of the cameras with the sound of footsteps). Moreover this work of art, the viewer is also part of, can’t be approached completely by the direct interpretation of its components, such as the many visual and acoustic metaphors, but better by the indirect interpretation of the sensations caused by them.

Since no clear gushing torrent was chosen, but a brownish lifeless drainage canal, the first automatic idea of flowing water as a metaphor of life soon emerges as a trap. The same is true for the perception of only idyllic nature, although, there is apparently also somebody stuck under the bridge – and the audience too – oppressed by the damp and gloomy, narrowed by the walls and ceiling. Idyllic nature offers here only a possible way out. The words „way out“ contain the path metaphor already in themselves, and somehow also the stream, as a waterway. So the level under the bridge is competing with the pathway on the bridge, and the latter, with its lively activity, also competes with the flowing water below, albeit as a life path more methodically.

Thus, various elements make different to contradictory statements, complementing each other to an understanding, but also setting their limits to each other and ultimately reaching equilibrium. A viewer might reflect, for example, on similarities with life in today’s civilization.